At the time of this writing, doctors across Canada will have been on the verge of assuming a larger role in dispensing medical marijuana. In fact, the new guidelines implemented by the government will essentially make Canadian physicians the sole arbiters for providing users access to marijuana.

The problem is, not all doctors are exactly eager to take on the increased responsibility. By being assigned the role of “gatekeepers”, doctors may potentially find themselves prescribing medication for which there has been insufficient clinical data supporting its benefits. There are also concerns that physicians may unwittingly be responsible for providing marijuana to recreational users instead of legitimate medical marijuana patients.

This development comes at a time when most doctors in the country are hesitant to enter into the budding medical marijuana industry. By Health Canada’s estimates, only 7% of doctors in the country and 14% of family physicians support medical marijuana initiatives. By forcing doctors into becoming marijuana providers, many more may resist. Instead of making marijuana more accessible to those who need it therefore, the move might actually make it more difficult for patients to find physicians willing to green light marijuana treatment.

Some doctors feel that the new system essentially places them in a position to dispense marijuana without much thought or consideration as to its significance. Even doctors who would have no problems prescribing marijuana for those who will obviously benefit from it hesitate to jump in the fray with so many issues left unresolved. With access to marijuana available to theoretically anyone who can convince a doctor that he needs it, some doctors feel that their new roles place on them responsibilities too big to handle without thorough research into marijuana’s effects.

That marijuana provides health benefits is something that is still in contention, but the trend is undoubtedly toward more tolerance and less restriction. 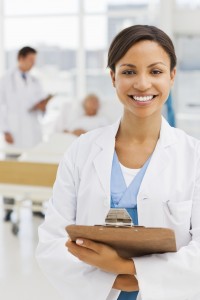 In the United States, twenty states including Washington D.C. have legalized the use of marijuana for medical purposes to varying degrees, and two states (Colorado and Washington State) have even decriminalized the recreational use of marijuana. However, this does not remove the need for more research before doctors will be comfortable with the sole responsibility of giving patients the go-signal to use pot.

The new developments are only among the latest to occur in an industry known for a fast changing legal and social landscape. And with a greater understanding of the role that marijuana plays, these developments undoubtedly won’t be the last.The near-universal reluctance of doctors to take on the increased role assigned to them has caused something of a void in society, with patients ironically finding themselves with few options to access to marijuana despite legalization. But a number of companies have taken it upon themselves to fill the need. Firms such as The Medicinal Cannabis Resource Centre, Inc. provide patients access to a network that includes doctors willing to prescribe marijuana. The company is setting up offices in Toronto, Halifax and Edmonton, although it already provides services to outside customers via Skype.