Medical science has already proven that marijuana is much less harmful than prohibition proponents would have the public believe, but new research shows that there are at least some risks to using cannabis. 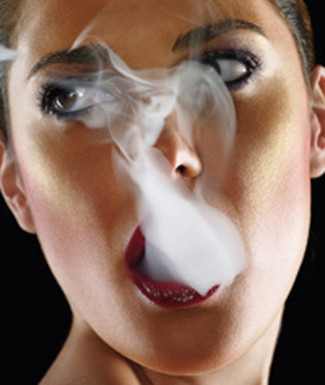 Some of the most significant discoveries are that there is a risk that some people may become addicted to marijuana, and that adolescents who use the drug may exhibit abnormalities in parts of the brain that are associated with memory and learning. There is also new evidence that points to the possibility that marijuana’s short-term effects–most notably impaired coordination and mental function–may result in a reduction in the ability to learn. Furthermore, people who smoke marijuana on a regular basis may be more prone to exhibit chronic bronchitis symptoms, among them coughing and constant production of phlegm.

The lead author of the report, Dr. Nora Volkow of the National Institute on Drug Abuse, said that still more research is required before a conclusion can be made as to the long-term effects of marijuana on adult cognition. The scientific community is currently divided on the issue, with some claiming that the effects of cannabis are irreversible, with others claiming the contrary.

Dr. Volkow did admit that alcohol and tobacco are still responsible for more diseases than marijuana. However, she attributed this to the fact that these drugs are more accessible than cannabis, and are therefore more likely to be used. For Dr. Volkow, this does not indicate that alcohol and tobacco are any more or less dangerous than marijuana. She also went on to say that with the widespread legalization of marijuana, it is “reasonable and (…) prudent” to predict an increase in the use of marijuana and of the number of people in which the drug will cause “negative…consequence(s)”.

Other findings in the report, which was published in the New England Journal of Medicine (June 5, 2014), are equally controversial. In it, Dr. Volkow and her team claimed that, contrary to the popularly held belief that marijuana is not addictive, as many as 9% of those who used cannabis and 50% of those who use it daily, have a good chance of becoming addicted.

The reported effects of marijuana on the brains of teenagers as outlined in the report are particularly controversial. The team disclosed that marijuana use during adolescence can result in serious abnormalities, among them a reduction in neural fibers in certain parts of the brain, impaired brain activity, and a reduction in the size of the hippocampus, which is the part of the brain responsible for memory and learning.

Although the report did not establish a definitive link between these abnormalities and marijuana use, or prove their harmfulness, a separate study did show that people with a history of heavy cannabis use in their teens had IQ scores that were on average 8 points lower than test subjects who have never used cannabis.

As with most other studies claiming the hazards–or benefits–of marijuana, considerable research remains to be done before the results can be taken as conclusive. With more information about how and why marijuana affects the body and mind, we may come closer to truly understanding the implications of legalization.