The mechanics of pot dependency has long been a mystery to medical science, but the results of new study may have just brought us one step closer to figuring who becomes dependent on cannabis and why.

While it would seem that people who use more potent varieties of cannabis have a higher risk of become dependent due to the higher concentration of THC that ends up in their system, recent scientific study is suggesting otherwise. Researchers at the Trimbos Institute of the Netherlands Institute of Mental Health and Addiction claim that the manner in which marijuana is smoked may be a more significant factor than the potency of the marijuana.

Headed by doctoral candidate Peggy van der Pol, the study focused on a seldom explored aspect of dependence research. Unlike most other studies in which the frequency of use is considered the primary factor, the Trimbos research explored the possibility that the concentration of THC ingested is not the primary determining factor with regard to who becomes dependent on cannabis.

The study was comprised of 98 subjects of adult age, all of who reported smoking cannabis at least three days a week for the past year or more. When the study began, one in three participants was considered “dependent” on marijuana. A year and a half after the start of the study, the subjects were asked to roll their own marijuana cigarettes–using marijuana that that they themselves brought–and then smoke it in a comfortable environment. Their behavior was then monitored by van der Pol and her team.

Although the researchers expected that those with more potent varieties of cannabis would roll less than their counterparts, the opposite in fact happened. It was found that the subjects with more potent marijuana actually prepared larger and more fully packed joints than those with lower potency marijuana.

What researchers found particularly intriguing is that people who smoked the more potent variety of marijuana tended to take smaller tokes and less frequently than those with lower potency marijuana. It almost seemed to suggest that people who are aware of the potency of their weed “regulate” their smoking in order to compensate. 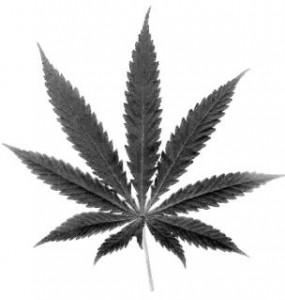 But the research team did not think that the “compensation” was intentional. It was also insufficient to actually make a difference in how much the marijuana affected the user. The factors that actually played a significant role in determining whether or not a person would be dependent on marijuana are how much of the joint is smoked, how many puffs are taken, and the frequency of exposure to marijuana.

For some in the medical community, the implications of the study are significant. In an email to Reuters Health, Deputy Director Dr. Wilson Compton of the National Institute on Drug Abuse said that the study will help increase understanding of the effects of marijuana’s potency. Compton, who was not part of the Trimbos study, also suggested the risks of potent marijuana for new and young users who may be able to regulate their smoking in the same manner as experienced users, and may inadvertently be exposing themselves to higher THC levels than they are capable of handling.