In a letter sent to the Liquor Control Board in Washington State, Seattle City Attorney Pete Holmes warns that 21 outlets will not be sufficient to meet the needs of the city’s growing number of recreational marijuana users. With marijuana now legal – and taxable – in Seattle, the demand for marijuana will definitely increase. 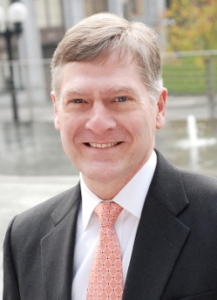 But Holmes expressed concerns that the marijuana black market may rise up to deed the demand if marijuana users do not have convenience to state-licensed marijuana shops. Saying that this scenario would “defeat the purposes of establishing a taxed and regulated recreational marijuana market”, Holmes asked the board to keep track of the supply and demand for marijuana when the legal outlets begin operations, and to issue additional licenses if these outlets prove insufficient to feed the demand.

In a separate interview, Holmes emphasized that he isn’t interested in trying to increase local marijuana use, but rather to make it more difficult for people to sell or purchase marijuana outside of the guidelines set by Initiative 502. This initiative basically established parameters for the legalization, regulation, and taxation of marijuana in Seattle.

Holmes also emphasized the rapid changes faced by the legal marijuana market, suggesting that the Liquor Control Board did not anticipate the shift from the previous ‘gray’ market status to happen so quickly. For Holmes, there is no way that 21 marijuana retail outlets will replace the more than 200 dispensaries that are currently in operation.

The proposed changes to the marijuana laws are as much about changing the way that the law is enforced as they are about controlling where marijuana is bought and sold. Instead of restricting marijuana sale entirely, these changes aim to establish a state monopoly on the marijuana industry.

Holmes warns that the new enforcement policies will occur rapidly and will be “scary”. He also warns that the changes will have a significant effect on the legal marijuana retail business until things settle. The original sponsor of Initiative 502, Holmes offers this piece of advice to those involved in the legal marijuana industry: look at law enforcement authorities as “your friends.”

If you would like to learn more about running your own marijuana business and are interested to learn about costs, prices, and all other concerns, feel free to get in touch with us for some invaluable advice.