With federal legalization underway to limit the growing of medical marijuana to commercial zones, Surrey growers may soon face higher inspection fees on top of increased repair costs. In late 2013, a number of amendments were made to the Controlled Substance Property Bylaw of Surrey, which essentially restricted the growing of medical marijuana to commercial structures. These amendments were implemented in order to comply with the Medical Purposes Regulations or MMPR, which will take effect at the start of April, 2014.

The Surrey city council also approved the increase of the inspection fee collected by the Electrical Fire Safety Initiative or EFSI. Comprised of city administrative staff members and representatives of the Surrey Fire Department, the EFSI would now be charging inspection fees of $5,263 up from the previous $4,038. This increase is intended primarily to ensure the self-funded operation of the EFSI.

City Council Barinder Rasode expressed her opinion that regular taxpayers should not be burdened with increased taxes that support medical marijuana initiatives, saying that homeowners who benefit from the grow-op should be the ones to foot the bill. With more than 70% of the city’s municipal budget allocated to fire and bylaw services, Rasode emphasizes the need to spend tax revenues “wisely”.

According to Health Canada, there are currently about 788 medical marijuana grow-ops in Surrey. If all of these operations were to be inspected and required to pay the maximum inspection fee, more than $4.1 million would-be generated for the EFSI. However, Rasode herself stated that homeowners who wished to avoid paying the high inspection fees could save quite a bit of money by first putting an end to all growing operations, and then making the prescribed repairs within 60 days.

The increase in inspection fees isn’t just intended to increase the revenue generated from the medical marijuana industry. These measures are also implemented as a means to reduce the risks the grow-ops may bring to a community. Rasode herself said that they are only concerned about local growers that “aren’t disclosing to us”, and which will entail health and safety concerns. As the city council herself put it: “All you need is one home catching ablaze in a neighborhood and it could affect the neighborhood”.

With the implementation of the MMPR on April 2014, the EFSI is scheduled to conduct detailed inspections of known grow-ops. At present, this is comprised of approximately more than 250 buildings, most of which are intended as residential units for single families. 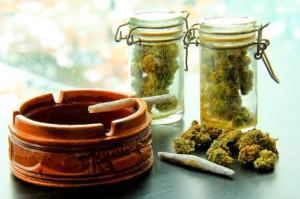 Health Canada allows for the granting of medical licenses to grow-ops, although the locations of these facilities are kept under wraps. Nevertheless, the city council is keen on having a detailed map of all the registered grow-ops in the city. While Health Canada has yet to agree to divulge detailed information on the locations of these grow-ops, Rasode said that the city council would continue to seek that information.

Need to know the cost of running a medical marijuana business? Give us a call today and we can help you out with some detailed information.