The SAFE Banking Act Passes the House In Historic Vote

The U.S. House of Representatives has made it clear with the passage of the SAFE Banking Act that cannabis banking is a bipartisan issue with a supermajority vote of 321 to 103.

Nearly half of the Republican members of the House and all but one Democrat voted in favor of the Secure and Fair Enforcement (SAFE) Banking Act, which will protect banks working with cannabis-related businesses. The bill clarifies regulations for financial institutions if they chose to work with the state-licensed cannabis industry, lifting the prohibition of offering checking and savings accounts and other services.

The American Bankers Association CEO predicted the passage of the bill, though the wide margin did surprise many after months of being discussed in committees. What no one is yet sure of is how the bill will fair in the Senate, but the bipartisan nature of the House vote has many hopeful. The most recent hearing in the Senate Committee on Banking, Housing and Urban Affairs was poorly attended by Republicans, except for the chair of the committee Sen. Michael Crapo, R-Idaho.

The SAFE Banking Act marks a first for the U.S.: This is the first time a standalone piece of legislation regarding cannabis saw a successful floor vote. Similar legislation came up in 2014, and over 40 members of the House voted differently in 2019 than they did in 2014. Changing and clarifying the rules is something that has to come from Congress, according to Treasury Secretary Steven Mnuchin who spoke before Congress last year on this issue.

Even being from a state that has legalized cannabis, whether adult-use or medical, doesn’t necessarily mean your representative voted in favor of this legislation. A total of 41 Republicans who represent states with legal cannabis voted against the banking bill in the House.

Where do we go from here? The SAFE Banking Act’s companion bill in the Senate is currently in the hands of the Senate Banking Committee. It hasn’t died in committee yet but advocates for cannabis as well as for banks are connecting with decision makers to convince them why these changes are so needed.

While some banks do offer financial services (a number that’s been growing at a surprising rate), the regulations and guidelines that they need to follow have been hugely unclear. In order to work with businesses that are technically selling something that is federally illegal, there are stacks of paperwork and no guarantees that you won’t face federal charges. The SAFE Banking Act would allow financial institutions to work with cannabis businesses only in states where it is legal and only with licensed businesses.

What do you think of the SAFE Banking Act? Would you like to see it pass or are there changes you want to see? The Senate could still make changes, and both bills will need to be reconciled if they’re passed. 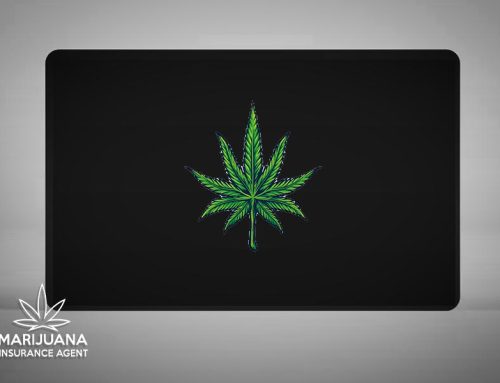