Cannabis industry lobbying has reached a new all-time high according to a recent report: A total of about $3.8 million was spent through the third quarter of 2019, a full $1 million more than all of 2018

Considering some of the bills that Congress has been mulling over this year, it’s no surprise that cannabis industry lobbying has been growing. The Secure and Fair Enforcement (SAFE) Banking Act is one of the biggest–passage of the bill would mean billions of dollars in cannabis revenue could be safely stored in banks and credit unions, and the businesses that generate that revenue will be more secure. Plus, the IRS won’t have to keep expanding their storage for cash tax payments.

Hearings have been held and the SAFE Act was passed in the House of Representative, as the head of the American Bankers Association predicted. But the bill’s fate is not yet sealed in the Senate, where it faces higher odds of passing, highlighting the need for lobbyists to educate lawmakers on the needs of this growing and tax-generating industry.

While Republican Senate Majority Leader Mitch McConnell has shown he is willing to listen when it comes to banking reform for cannabis, he has shown no optimistic signs of approval of the bill. Congress is the only way forward on this particular issue, according to Secretary Treasurer Steve Mnuchin who called on Congress during a hearing last year to resolve this issue. Regulators can only follow the rules, and the rules right now are unclear and requiring a lot of extra work from financial institutions who chose to work with cannabis-related businesses. The bill had broad, bipartisan support in the House, but how it will fair in the Senate remains to be seen. A group of 38 U.S. attorneys general signed a joint letter urging Congress to support the SAFE Banking Act to support secure transactions and safe communities.

Even with this higher rate of lobbying, the cannabis industry is still a small player compared to other industries and their lobbying efforts. A few of cannabis’s biggest spenders on lobbying include the Cannabis Trade Federation with $760,500; Curaleaf Holdings Inc. with $700,000; the National Cannabis Roundtable with $445,000; the National Cannabis Industry Association with $430,000; and Parallel Brands Inc. with $420,000, according to an analysis of lobbying disclosures by OpenSecrets.org.

With a total of nearly $3.8 million spent in 2019 so far, lobbying for cannabis has grown exponentially. In 2015, an estimated $300,000 was spent on cannabis lobbying. Now, the year isn’t even over yet and lobbying spending has increased 10 fold from what it was 5 years ago. There was a big jump in 2017 to over $1.6 million in cannabis lobbying, and it nearly doubled the next year to about $2.8 million. This is both due to the rising need for the industry to have a voice in Washington D.C. politics to educate and inform Congress on the industry’s complex issues and due to the growth of the industry as a whole. 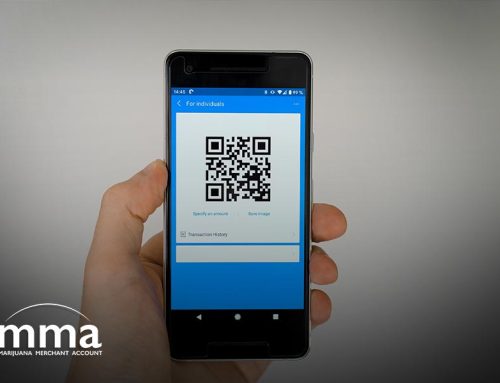