The killings occurred across four days at three separate cannabis retailers in the state, and has led advocates and lawmakers to demand the Senate act on a bill – the Secure and Fair Enforcement (SAFE) Banking Act – that would allow marijuana businesses to easily open up a bank account.

The bipartisan measure has cleared the US House of Representatives six times but has yet to receive a hearing in the Senate.

Currently, federal cannabis prohibition makes it difficult for cannabusinesses to obtain financial services, as banks and other financial institutions fear federal reprisals for working with businesses dealing in a controlled substance. This means the cannabis industry is largely cash-driven, making it a prime target for armed robberies that put employees and customers in danger.

“The tragic events of the last week and the escalation of armed robberies over the last several months have demonstrated the urgent need for Congress to act,” said the state’s Liquor and Cannabis Board in a press release. “The lack of banking services has become a catalyst for a very real public safety crisis in Washington State. Due to their forced reliance on cash transactions, cannabis retailers have increasingly become targets for armed robbers.”

And the most recent marijuana retailer robberies in Washington are just the tip of the iceberg this year.

“Thus far in 2022, reports show that there have been over 50 robberies of cannabis businesses, many of them armed, in Washington State. This surpasses the number of robberies in all of 2021,” LCB said.

This is exactly why I am in DC this week to urge Congress to pass #cannabisbanking this year. This was preventable and we all agree on the solution. Congress cannot delay in passing cannabis banking reforms any longer.- MP #SAFEBankingAct https://t.co/v8hRhNrzf0

“The Senate’s inaction on banking has resulted in unnecessary and senseless violence and deaths in communities across the country, including in Washington State,” Michael Correia said. “Every day that Senate leadership chooses to play politics rather than provide financial services to the cannabis industry and its employees continue to provide ample opportunity for criminals to prey on these compliant, legal businesses.”

A bipartisan group of senators sent a letter to Senate leadership in December urging them to retain the SAFE Banking Act’s provisions in a national defense spending bill, but it was later removed by a bicameral conference committee.

The IRS has also weighed in on the issue in recent times, with one top official stating that cannabis banking reform would make the agency’s job a lot easier.

Rep. Ed Perlmutter, the lead sponsor of the SAFE Banking Act, is set to retire at the end of this session but said he is determined to get the reform over the line while he still has time. The senator has recently taken to discussing his bill during committee hearings on unrelated matters. 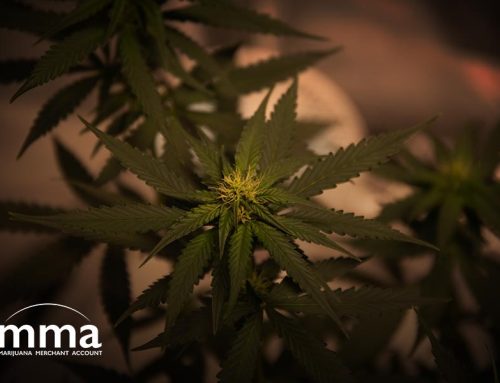