By Brian EllisPublished On: May 9th, 2022Categories: Banking2.6 min read

Banking associations across all 50 states urged Senate leaders to include cannabis banking provisions in a comprehensive manufacturing bill that’s currently with a bicameral conference committee.

In their letter, the American Bankers Association (ABA) and state-level banking associations described the Secure and Fair Enforcement (SAFE) Banking Act as an “urgently needed, and widely supported, bipartisan legislative solution to allow banks to handle the proceeds from state-licensed cannabis businesses and the accountants, skilled trades, landlords, law firms, and other service providers they rely upon for legal operations.”

House lawmakers added provisions from the SAFE Banking Act to the America COMPETES Act before approving the manufacturing legislation. This marked the sixth time the House had voted for the measure in one form or another.

However, the Senate then removed any reference to cannabis banking from the legislation before sending it to the bicameral conference committee.

Marijuana reform advocates and industry stakeholders are now calling for its re-inclusion with several prominent lawmakers indicating they will try to do just that.

The loose coalition of banking associations said that limited access to financial services for marijuana businesses means many are forced to operate in cash and that this presents “significant public safety concerns and undermines the ability of cannabis regulators, tax collectors, law enforcement and national security organizations to monitor the industry effectively.”

The letter goes on to describe the SAFE Banking Act as a “narrowly tailored solution designed to bring this growing industry into the regulated banking system and provide much-needed visibility into its financial activity.”

“The inability of the state-licensed cannabis industry to access safe and regulated financial services is a pressing concern for so many of our nation’s communities and the banks that serve them. With state-licensed cannabis businesses currently operating in 37 states and more states weighing legalization, we urge you to include the SAFE Banking Act in the compromise version of the COMPETES Act to address these critical issues as quickly as possible,” the letter concludes.

Rep. Ed Perlmutter (D-C)), the sponsor of the SAFE Banking Act, sent a separate letter along with veteran marijuana reform advocate Rep. Earl Blumenauer (D-OR), imploring Senate leadership not to stand in the way of the reform.

The bankers associations, meanwhile, noted that a strong majority of Americans are in favor of cannabis banking reform, according to a recent poll on the issue.

One of the conferees on the America COMPETES Act, Sen. Patty Murray (D-WA), said she would use her position as the third-highest ranking Democrat in the Senate to get the reform over the line as soon as possible.

Meanwhile, House Financial Services Committee Chairwoman Maxine Waters (D-CA) also serves as a conferee for the manufacturing legislation and she outlined the SAFE Banking Act as a legislative priority.

The renewed urgency for cannabis banking reform is, in part, a response to a recently deadly spate of robberies at cannabis dispensaries in states that have legalized marijuana. Another reason is the continued delay in passing more comprehensive federal cannabis reform legislation, namely the Cannabis Administration and Opportunity ACT (CAOA), which Senate Major Leader Chuck Schumer has insisted on prioritizing over other cannabis-related bills. 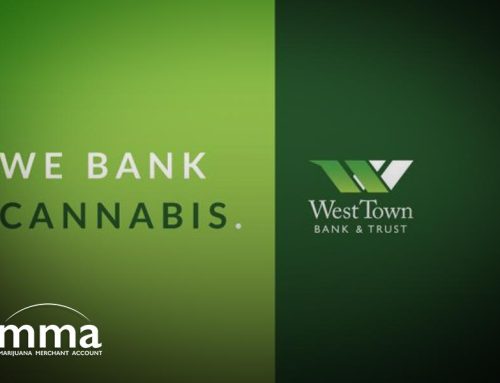