Two steps forward, one step back: That continues to be the story for cannabis banking in California. State legislators keep talking loudly about creating a state-licensed bank to service the cannabis industry, but no bill has yet made it through the long process to become official.

The latest attempt was from Sen. Bob Hertzberg of Van Nuys, who introduced SB 930 “Financial institutions: cannabis.” This bill would have opened the doors for cannabis businesses to more easily pay taxes, employee paychecks, and much more though “Green Banks.” Though the bill enjoyed bipartisan support as it wound its way through committee after committee this summer, the cannabis banking bill still missed the Aug. 31 deadline for a chance at becoming California law this year. The dream of easier and more secure cash management for cannabis businesses in the Golden State will have to remain a dream. For now.

Hertzberg considers the lack of banking for cannabis businesses to be a public safety issue, according to a statement he released after the bill died in committee. “Barrels of cash buried all over the state” and large, onsite vaults aren’t secure money storage systems, but it’s what many in the industry have come to rely on in the absence of support from financial institutions. From bootstrap entrepreneurs to well-funded corporations, cash solutions are the norm.

A state-licensed bank, as outlined by SB 930, would have filled the gap where many traditional financial institutions currently fall short. The federal prohibition on cannabis and its status as a Schedule I drug make it a risky move for federally regulated banks to deal with cannabis clients (although the innovative Hypur service makes it easier for banks to trust working with cannabis businesses). Even those who accept money from cannabis businesses could find themselves in hot water. A political candidate for agriculture commissioner in Florida recently had her account closed by Wells Fargo because she accepted money from medical cannabis lobbyists. 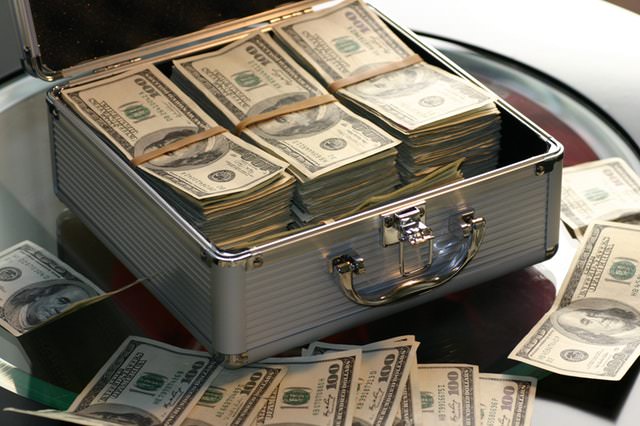 SB 930 would have made it easier for cannabis businesses to pay taxes and employees.

It’s not just politicians that are feeling the pain of account closure when they accept donations. Non-profit organizations and charities may also be risking their accounts when they accept money from cannabis businesses. These risks for business owners and others were intended to be mitigated by SB 930’s state-licensed bank that would have eliminated the risk of federal intervention. But with SB 930 stalled, it’s unclear what the next move in California will be.

The bill did have its hurdles, however. The California Department of Finance estimated that it would cost the state at least $2 million every year to provide oversight for just 12 Green Banks. But it wasn’t just the cost the Department of Finance was considering. The department opposed the bill on the grounds that it could be considered money laundering from a federal perspective and that the language wasn’t clear or specific enough on the requirements for Green Banks or how the bill would be implemented.

While there are hundreds of banks and credit unions that have opened their doors for cannabis businesses, the cannabis industry continues to grow, as does its need for better banking solutions. It’s unclear whether a state-licensed bank approach will be the best solutions for cannabis businesses or if they will have to wait for federal prohibition to be lifted.