The trend seems to be ebbing. Recent federal data shows that banks and credit unions that report offering services to state-legal cannabis businesses are stabilizing for three consecutive quarters.

The number of banks and credit unions that reported working with the industry declined consistently for almost a year – some attribute that to revised reporting requirements from the Financial Crimes Enforcement Network (FinCEN) and includes effects from the COVID pandemic. Recent data is encouraging, however. When 2020 wound down, 684 financial institutions filed reports indicating they worked with cannabis clientele. That was down from 747 in late 2019.

Now we can pinpoint, at least partially, the reason for the drop. Hemp-only businesses were not included in the FinCEN reports after hemp was legalized via the 2018 Farm Bill. Before that, hemp-focused accounts were included in the tally. FinCEN was quoted in a Marijuana Moment article that the number of banks that work with cannabis-related businesses “appears to have leveled off from a decline” while acknowledging the impact of the pandemic on the most recent figures. In their latest report, FinCEN noted that “The decline coincided with the release of guidance by FinCEN and financial regulators on providing financial services to customers engaged in hemp-related business activities,” the report states. “The COVID-19 pandemic may be adding to this apparent decline for two reasons.”

The reasons FinCEN provided for the decline of financial service numbers are telling. One, some cannabis businesses may have shuttered as a result of state restrictions during the pandemic. Two, reduced staffing at financial institutions may have impacted the number of Suspicious Activity Reports (SAR) that were filed.

The FinCEN guidance dating from the 2014 Obama administration remains in effect to this day. That means that banks and credit unions have to submit SARs if they opt to provide financial services to cannabis businesses. From 2014 until the pandemic, the number of financial institutions that accepted state-legal marijuana clientele increased until the recent dip downward.

That doesn’t tell the whole story, however. At the end of last quarter, 515 banks and 169 credit unions reported active cannabis industry clients.

It is worth noting that most states that have legalized medical and/or recreational use of cannabis continued to operate as usual during the pandemic. In Oregon, for example, cannabis businesses were deemed “essential” during the state-mandated shutdowns and reported record sales.

Additionally, the short-term drop-off in the number of financial institutions actively offering banking services to cannabis clientele could also be explained away by filing delays. Those that exceed the 90 day SAR filing requirement means that the depository institution (banks and credit unions) are no longer counted as provided banking services until new guidance related SAR is received.

The upward trend could be influenced and stabilized by congressional legislation that would offer protection to those financial institutions from federal penalties. All bets are on the Dems, with control of both chambers of Congress. Lawmakers could approve (finally) the Secure and Fair Enforcement (SAFE) Banking Act or they could skip all the fuss and legalize marijuana federally, once and for all.

About the Author: Jessica 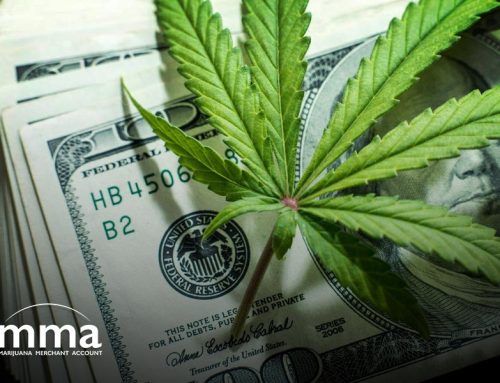